Atheists United has an elected board of directors consisting of a president, vice president, treasurer and secretary as well as several directors-at-large. The number of directors at large varies but is currently set at 8. Board members’ terms last two years and each year about half of the board is up for election.

Nominations for the 2017 Board are now being accepted and will close after the nominating meeting held at our September 25 General Meeting. The subsequent election (if seats are contested) will be held at the October 23 General Meeting. It is not currently known which board members are running for reelection but likely some aren’t running. We strongly encourage members to consider being nominated.

Board seats up for election this year are: Vice President ( currently Reid Nicewonder ); Treasurer ( currently Ingemar Hulthage ); 5 directors-at-large seats. Those 5 seats are currently held by , Christine Brean, Bruce Caukin, Dorian Mattar, Orion Newell, Marco Silva. Also Robin Rinzler was up for election next year but has resigned so we will have nominations to serve for 1 year in that vacant director at large seat.

AU’s bylaws specify that nominees have the following qualifications. Nominees for president must have completed 1 year of service as a board member prior to the end of the election year. All other nominees are required to have been members of Atheists United for at least 6 months prior to the September nominating meeting.

Members may nominate themselves or another member prior to or during the September nominating meeting. If you are nominating another member, please make sure that they want to run and they meet the above qualifications. To nominate prior to the general meeting, call the AU office at (323) 666-4258. Leave a message and a phone number and you will be called back to confirm the nomination.

i Aug 25th w Comments Off on Action Alert: Help remove bibles from Naval base hotels x by Marisela Arias

After the Freedom From Religion Foundation (FFRF) received a complaint from two service members about the placing of Christian bibles in hotel rooms located on Naval bases, the FFRF took action. They sent a letter to the Navy Exchange Service Command (NEXCOM) citing favoritism over all other religions and non-religion on March 12, 2014. In June, NEXCOM issued a directive to remove the bibles from all on-base hotel rooms. However, on August 14, the Navy announced their decision to put the bibles back while the leadership reviews their policy.

The Navy’s announcement came after Christian supporters sent letters and made direct calls to officials expressing their outrage at the Navy’s bible removal decision. We can also make our voice heard by sending emails to NEXCOM in show of support for the removal of  bibles from on-base hotels. Together, we can keep government and religion separate.

Below is a sample letter we’ve prepared that you can use to email Michael Bockelman, VP of NEXCOM. You can email him at [email protected]

Use the share buttons at the bottom of this page to ask your friends and family to also help.

Dear Director Bockelman:
I applauded your decision to remove Christian Bibles from all Navy Lodge guest rooms. The idea that the Navy supports any one religion over another, or that it supports religion over non-religion is abhorrent. It goes against our country’s very ideals of the separation between church and state.

The military has neither the right nor the responsibility to favor Christianity. Since nearly 1/4 of our population is non-religious why would the Navy allow any religion to covertly proselytize by leaving their books as advertisement in rooms on government property? The military must serve all the people and leave religion up to the individual.

Recently I see that you are reconsidering your decision and may put the bibles back in the rooms.  I implore you to uphold the principle that the church and state remain separate.  You must be willing to disregard the begging by the religious to promote their theology. This decision may not be easy but it is the only right decision. I beg you to uphold our constitution.

Our meeting on the second of each quarter is dedicated to Freethought Arts in various fields. This month’s program will feature Voices Of Reason and also a performance by Lifetime AU member and hip hop dancer John Edwards. END_OF_DOCUMENT_TOKEN_TO_BE_REPLACED 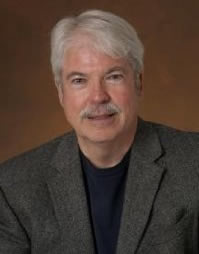 Join Dave Doody, Space Flight Operations Engineer from NASA’s Jet Propulsion Laboratory, for his presentation: How We Got to Saturn and What Cassini is Finding.

Dave Doody, JPL’s Lead Engineer for real-time Mission Control operations of the Cassini-Huygens Mission, will discuss how we got to Saturn and what the robotic explorer has been discovering there. END_OF_DOCUMENT_TOKEN_TO_BE_REPLACED

It’s time again for all of us secular-minded to celebrate the onset  of summer with a summer solstice party. Join us in this celebration of nature with fun games and a complimentary BBQ party. END_OF_DOCUMENT_TOKEN_TO_BE_REPLACED

i Apr 29th w Comments Off on General Meeting: Movie: My Week in Atheism x by Marisela Arias

My Week in Atheism is a film by John Christy about a Christian’s up-close encounter with atheism in an attempt to learn while focusing on the reality of two opposing worldviews with his friend, and atheist talk show host, David Smalley.  END_OF_DOCUMENT_TOKEN_TO_BE_REPLACED

Dr. Phil Zuckerman, a professor of sociology at Pitzer College in Claremont, will speak on “Secular Morality: Real World Implications.”

Professor Zuckerman is the author of several books, including Society Without God and Faith No More: How and Why People Reject Religion.  END_OF_DOCUMENT_TOKEN_TO_BE_REPLACED

Join Atheists United as we celebrate Spring Equinox. You’ll have a chance to hang out with friends and meet new ones. We’ll have a fun game to play, a raffle with some cool prizes and a lunch. END_OF_DOCUMENT_TOKEN_TO_BE_REPLACED

Call to Action: Stop a cross from being added to the seal of LA County

i Feb 10th w Comments Off on Call to Action: Stop a cross from being added to the seal of LA County x by Marisela Arias

Looks like our elected officials forgot that they are supposed to be neutral on religious matters. Three members of the County Board of Supervisors decided to adorn the Seal of LA County with a Christian symbol. A cross would be added to the top of the San Gabriel Mission in its depiction on the county emblem, which is displayed on buildings, vehicles and official communications.

The American Civil Liberties Union of Southern California and a group of religious leaders filed a lawsuit against Los Angeles County in federal court Thursday, February 6th, over the decision to restore a cross to the county’s seal.

Supervisor Zev Yaroslavsky, who voted with board member Gloria Molina against adding the cross, said, “It’s not just about history, it’s about the cross, and to say anything else is disingenuous.” — Los Angeles Times.

Let’s let our elected officials know how we feel. Below is the letter that I personally will be sending to my district’s supervisor. I hope that you all will do the same and participate in this campaign. I’m sure that you are passionate about the idea of government representing all of us equally and beliefs about god(s) should not be endorsed by the government officials. Please feel free to use the letter as a template.

Dear Supervisor __________,
I recently heard about the vote the Board took to restore the cross to the seal of Los Angeles County. As a voting resident, a taxpayer and an atheist of Los Angeles County, I am disappointed that this issue came up for a vote in the first place and disturbed that the Board voted to have a cross put on the seal.  Such addition of the cross can be interpreted as the County of Los Angeles promoting the Christian religion. It could also be taken as the county declaring  an official religion. It is a move meant to promote one religion over other forms of belief or non-belief. I am certain that putting a cross on the seal of Los Angeles County is a violation of the establishment clause of the U.S. Constitution.

I ask that you correct your error and leave the cross off the Seal of Los Angeles County.

(Your Name)
(Your District)

Click here to look up your district by your address.

Atheists United At The Los Angeles Times Festival Of Books 2014

Once again Atheists United will sponsor a booth at the annual Los Angeles Times Festival of Books. The festival will be held on the University of Southern California campus on Saturday, April 12 and Sunday, April 13. You will find our booth # 162 on Trousdale Parkway about 2 blocks South of Jefferson.

The festival began in 1996 with a simple goal: to bring together the people who create books with the people who love to read them. The festival was an immediate success and has become the largest and most prestigious book festival in the country, attracting more than 140,000 book lovers each year.